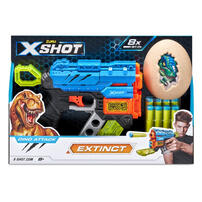 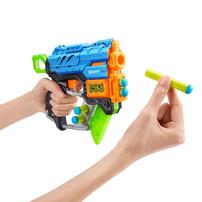 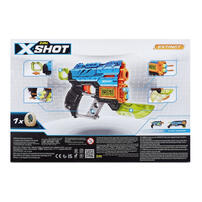 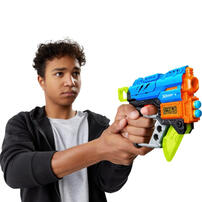 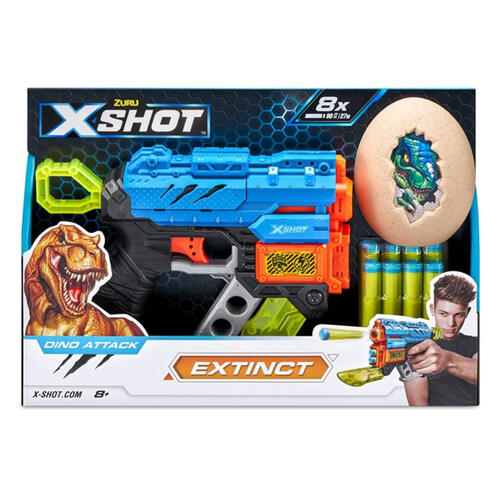 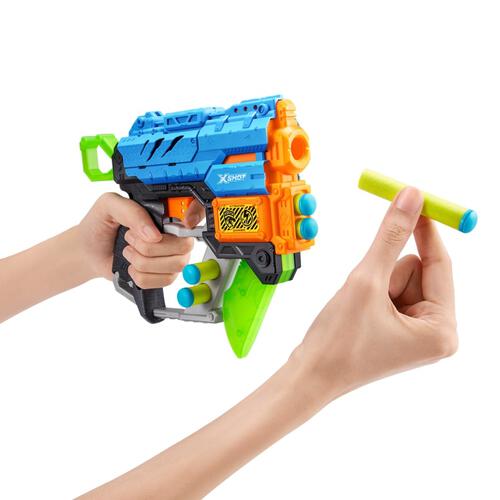 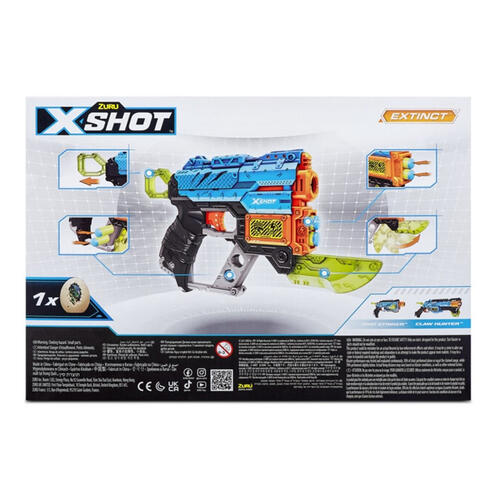 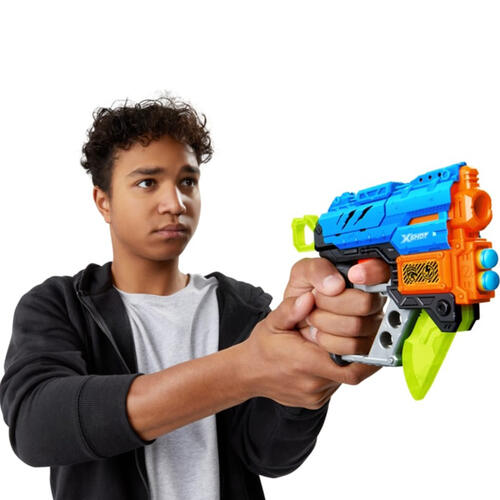 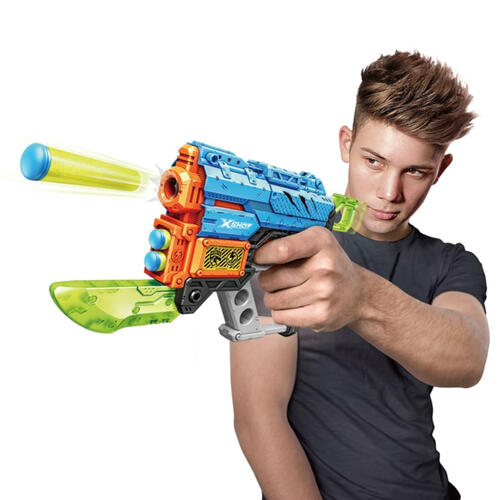 Get ready for the Dino invasion with the X-Shot Dino Attack Extinct blaster! Blast Dinos from up to 27m / 90 feet away. With its single dart barrel and additional 4 dart storage, you can stay locked and loaded through even the longest battles. Use your Dino egg for target practice and flip out the retractable sword to tackle even the most diabolical Dinos!