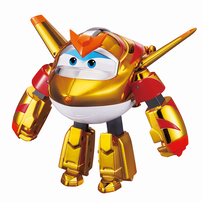 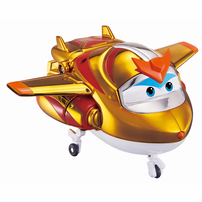 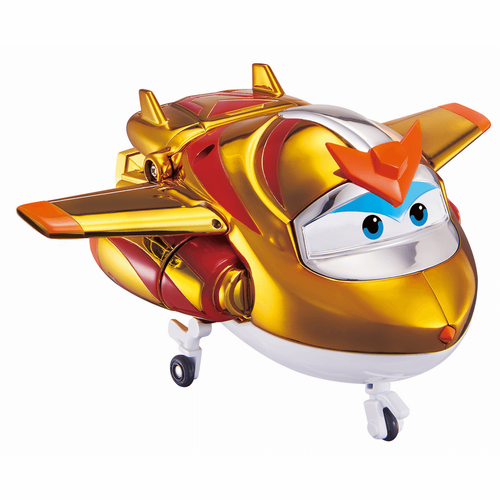 As seen in Season 5 of the popular TV show, where Golden Boy becomes a new member of the Super Wings crew! Golden Boy is convinced he knows better than the other Super Wings and is constantly trying to prove it! Unfortunately he usually messes up something on the mission, but at the end of the day, Golden Boy is not a bad guy (he actually has a soft, fuzzy heart!), and at worst he is just a world class show off!

Golden Boy has a stunning high metallic finish to stand out from the crowd! Transform Golden Boy from plane to robot figure in just 10 easy steps!