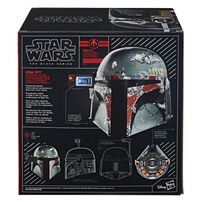 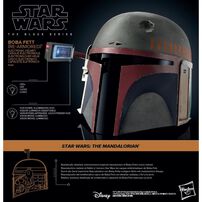 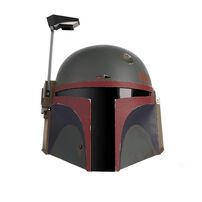 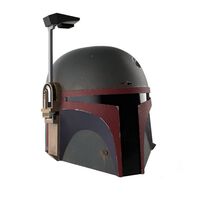 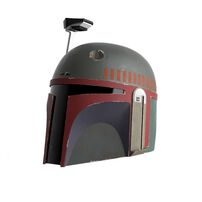 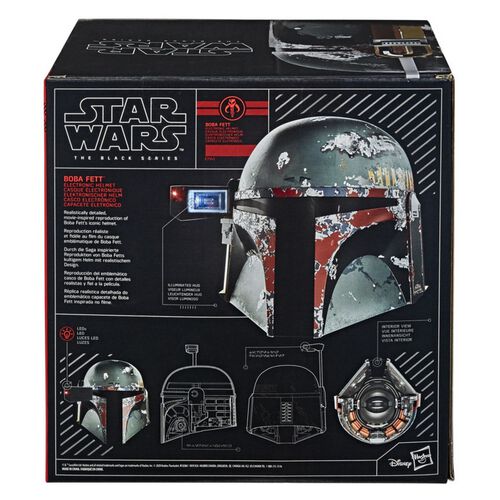 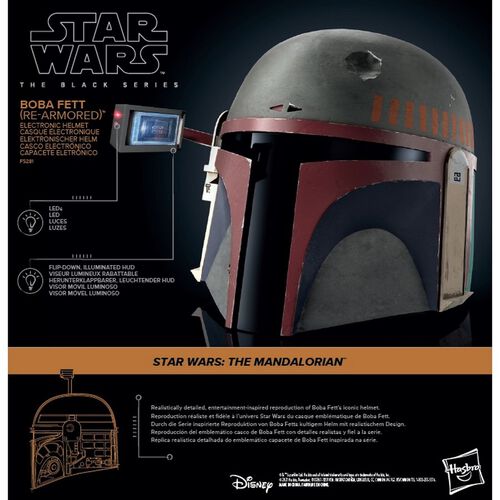 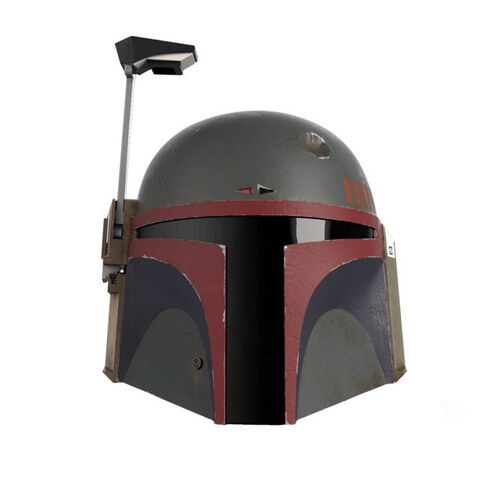 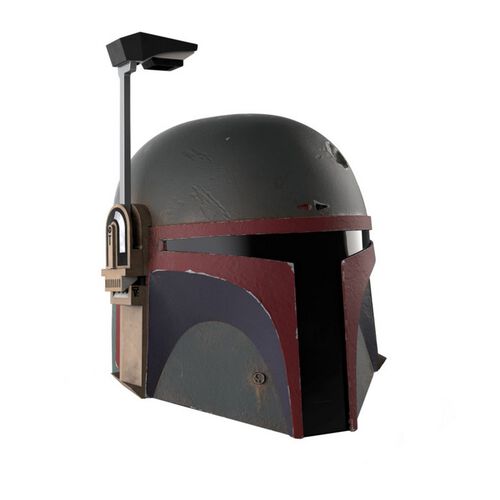 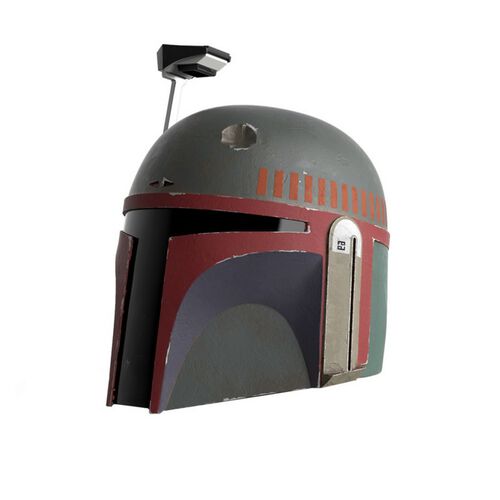 Once regarded as one of the most fearsome and capable bounty hunters in the galaxy, Boba Fett seemingly met his demise in the Sarlacc pit on Tatooine. Fett has survived the beast and has now reclaimed his distinctive Mandalorian armor.

Commemorate the live-action return of fan-favorite character Boba Fett with The Black Series Boba Fett (Re-Armored) Premium Electronic Helmet, inspired by the streaming series The Mandalorian on Disney+! This roleplay item with premium deco, realistic detail, and series-inspired design is a great addition to any Star Wars fan’s collection. Featuring a flip-down rangefinder with flashing LED lights and an illuminated heads-up display (HUD), fans can imagine what it was like for the famous bounty hunter to reclaim his iconic armor and suit up for galactic action alongside The Mandalorian!