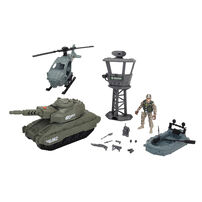 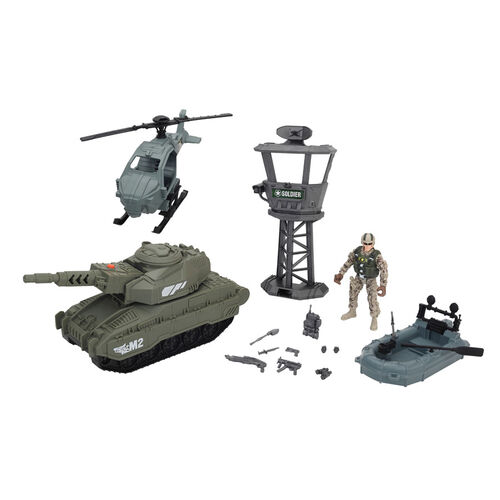 The tower at encampment HQ is the #1 target of the enemy, but this set gives you all you need help the Encampment Defense Troops protect it! The tower is the all-important base of operations, where the soldiers stand guard and go on lookout duty to watch for opposing forces. If the enemy advances, figures can take position in the tank and helicopter for defense! Press the buttons on the tank for flashing lights and action sounds. Spin the propellers on the chopper and pretend to take flight. There are also attachable weapons and other accessories for additional protection. Includes two Soldier Force action figures. With your help, the encampment will remain safe!