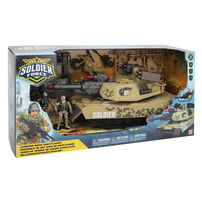 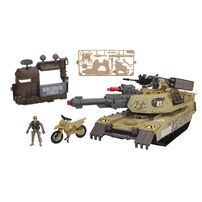 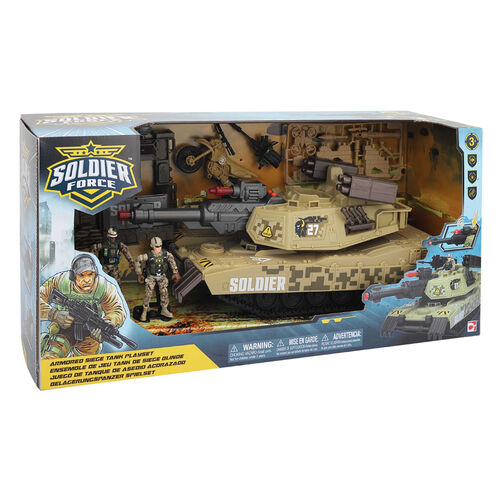 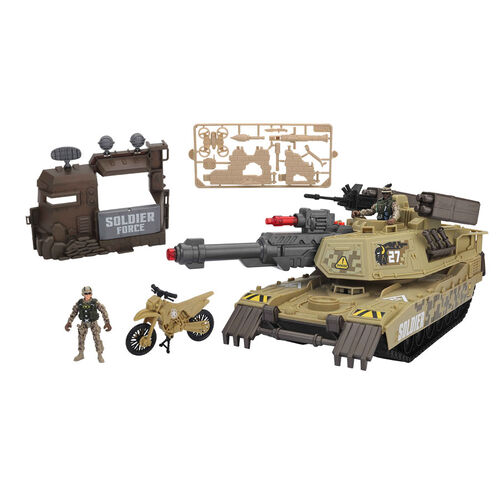 No matter how tricky the terrain, your troops are unstoppable with this Armored Siege Tank Playset! The massive free-wheeling tank has coloring perfect for camouflaging in the woods or on desert soil. Place a figure in the driver’s seat and let the firepower loose when you press the buttons. Flaming battle blasts light-up as explosive sounds play! Stand a figure in back to man the spinning machine gun turret. There’s also a command center equipped with radar, a free-wheeling combat cycle for stealth missions, and additional accessories. Includes two Soldier Force action figures. Bring home the victory!

Adult assembly required. An adult should remove components from moulding runners before giving to child.