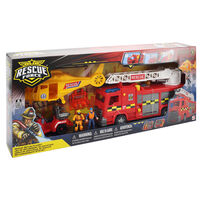 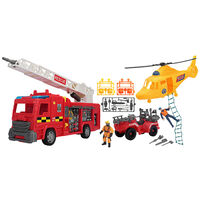 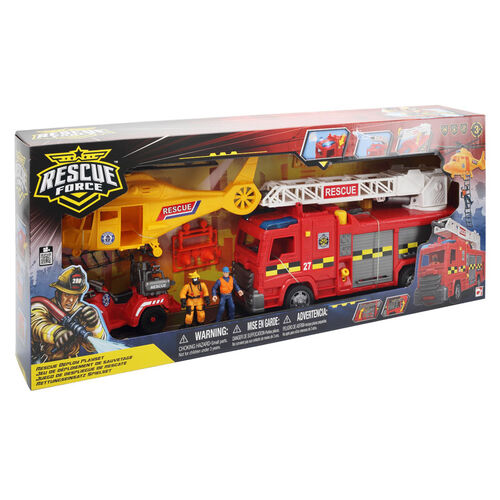 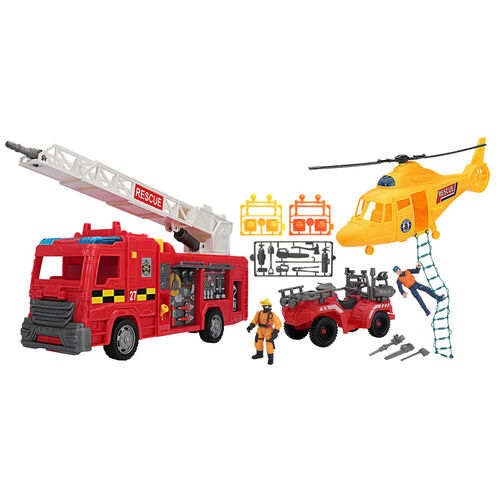 The Rescue Force Emergency Team is always on the move and ready to save the day, and you can help them be heroes! The free-wheeling fire engine features push-button siren lights and sounds, and an extendable ladder. A real-working water tank can be filled up and pumped, and the hose aimed and sprayed at a target! For those highest skyscraper rescues, swoop in with the rescue chopper and have one of the action figures climb down the ladder to help save victims. A free-wheeling SOS rover vehicle is built low and rugged to take on any terrain, making it a great vehicle to send into tight and tough spots. There are additional snap-on accessories for the two included action figures to use on their missions. Gear up and join these heroes as you save the day! Includes poseable Fire Chief and Coast Guard Office action figures.