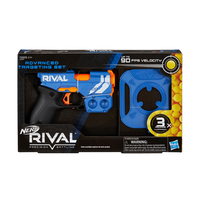 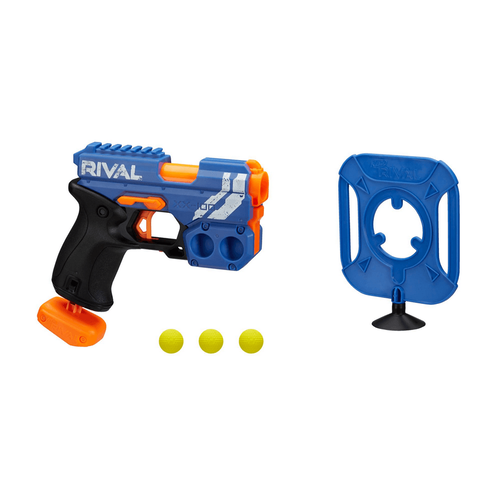 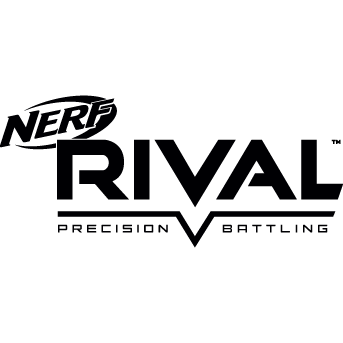 Practice your aim with the Nerf Advanced Targeting Set set that includes a Nerf Rival blaster and a stick-on target that you can attach almost anywhere. The target has a suction cup that's quick and easy to stick onto surfaces. Take aim at the target and fire off rounds from this spring-action, single-shot blaster that packs high-intensity Nerf Rival power in a small size. It fires rounds at a velocity of 90 feet per second. Bring it along for games that move fast and keep you on the run. The blaster has built-in round storage and comes with 3 Official Nerf Rival Rounds. A trigger lock prevents it from firing accidently. Load 1 round, prime, and pull the trigger to fire. Hand-powered (no batteries required).