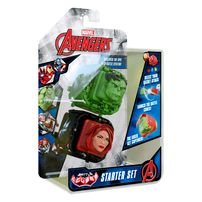 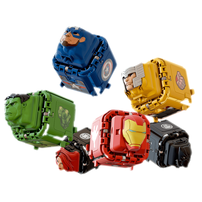 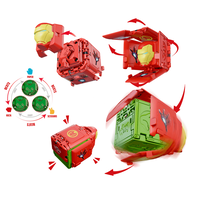 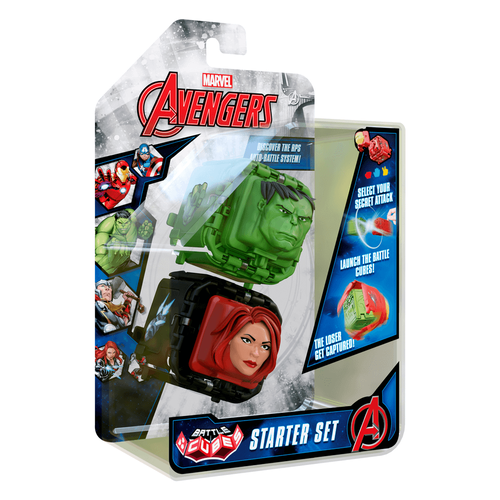 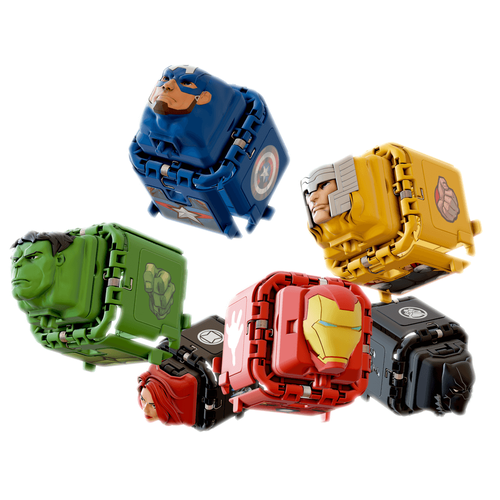 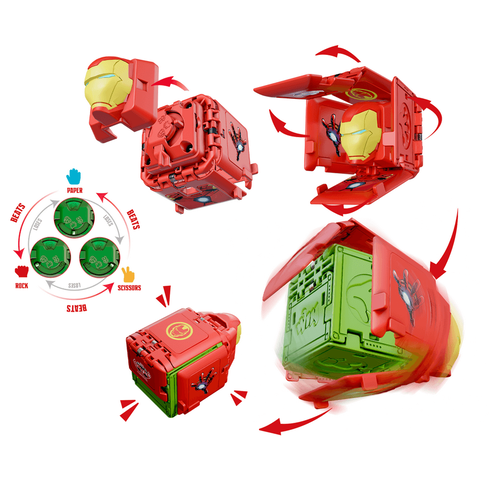 How to Play
Beat your opponent's Battle Cube by taking on the ultimate rock-paper-scissors challenge! The player chooses rock, paper or scissors on his Battle Cube and hides his choice by covering it with his superhero's mask. This mask can be Spider-Man, or Iron Man! Think carefully and after your choice, fold your Battle Cube inside out to put it in attack position. Launch the Battle Cubes now to see who will be the winner of the battle. The loser will be captured by the winner's Battle Cube!